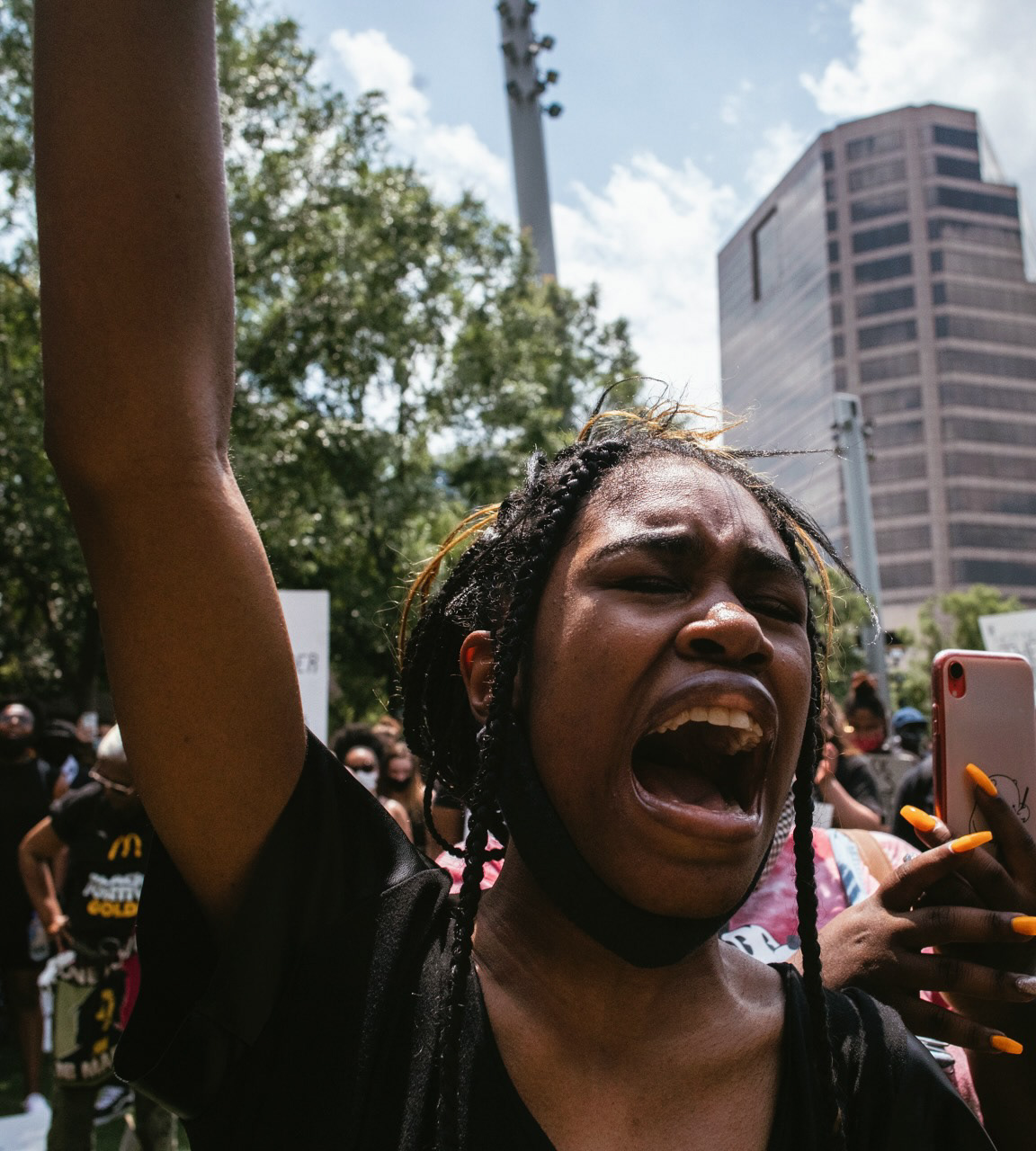 A local high school student shouts praises during a prayer led by a pastor. She later stood in front of the crowd and recited two spoken word pieces about being black in America. 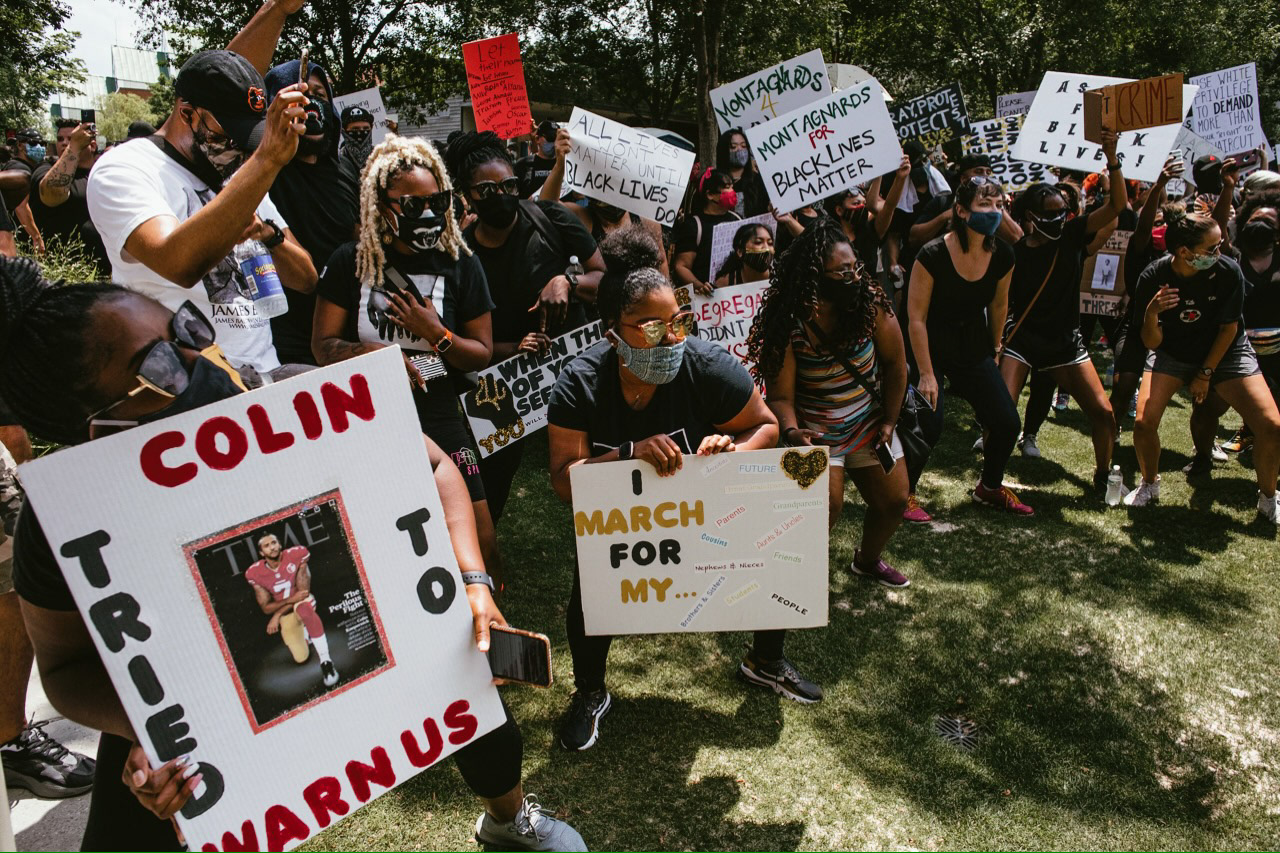 During the speaking part of the gathering, all of the black protestors were called to the center to stand in solidarity with one another. Music was playing and the crowd began to dance to the beat. 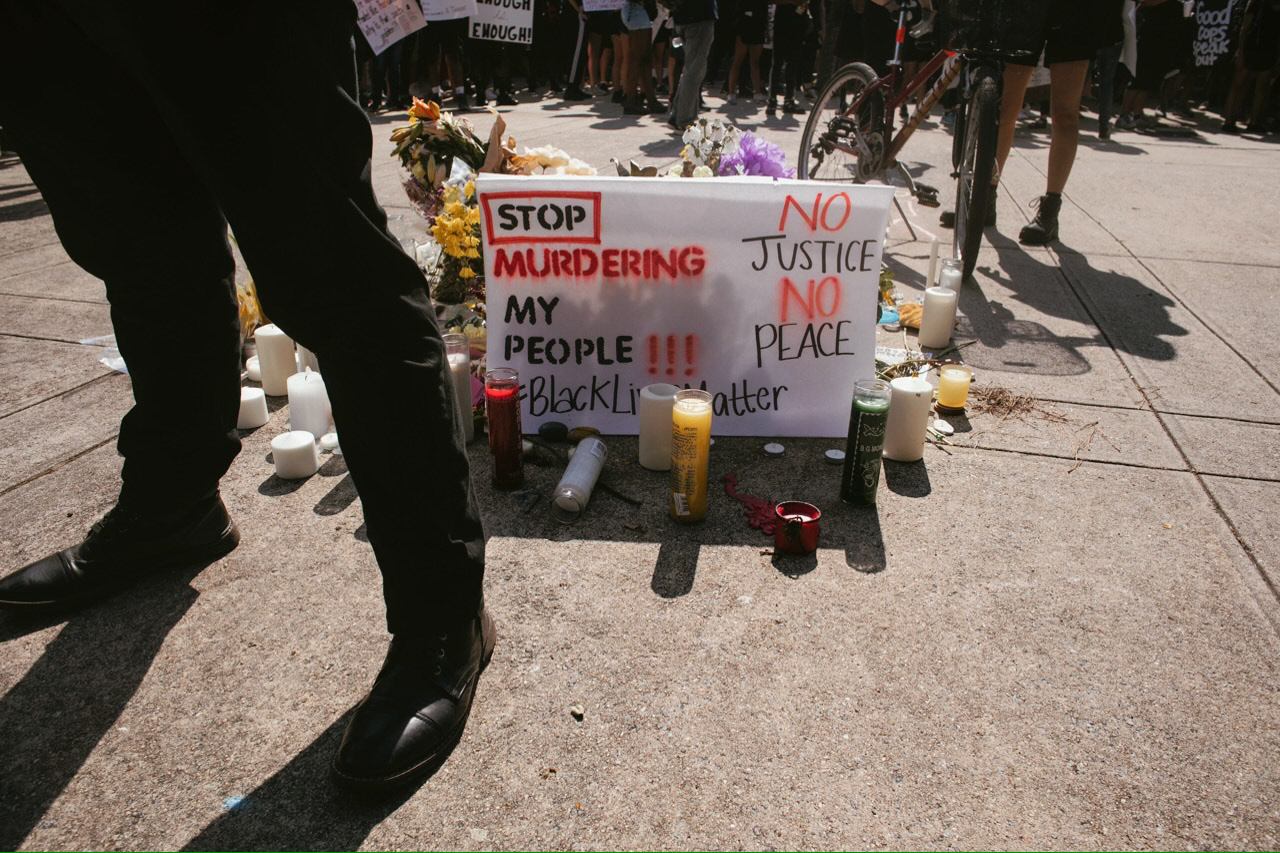 A small memorial to George Floyd sits in the center of the standing space, where a protestor stands in front of it to protect it from being stepped on by the protestors swarming in. 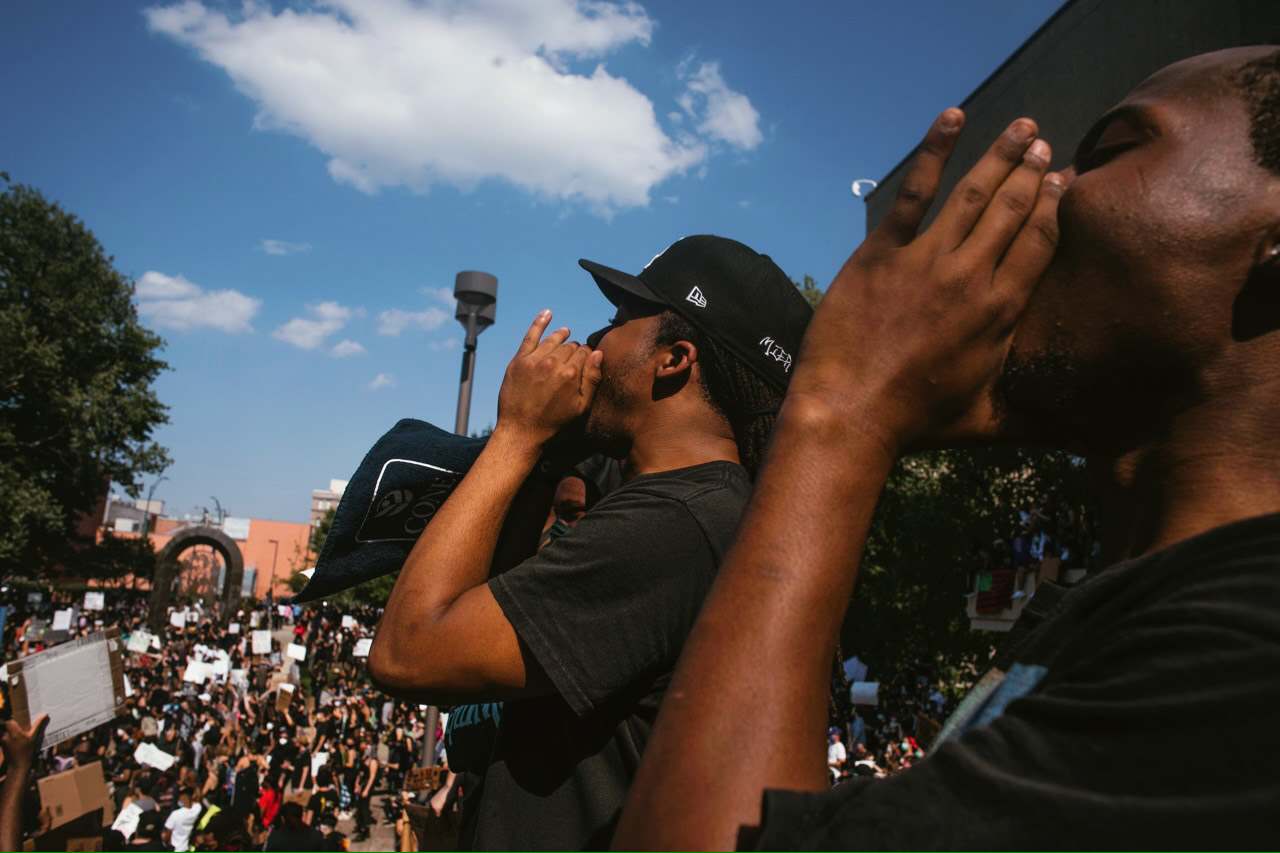 Two young men shout "No justice, no peace!" along with the rest of the crowd. 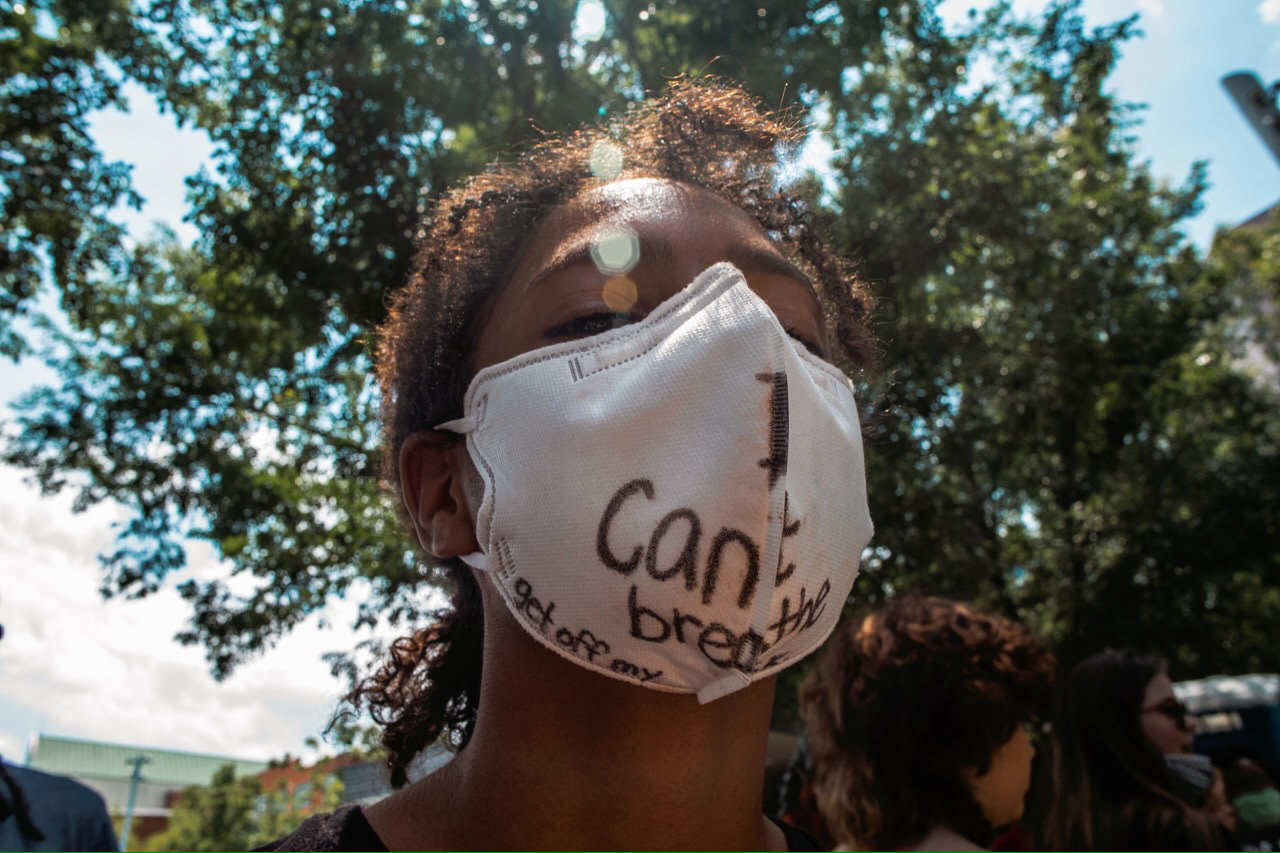 A teenage boy poses for a photo to show off his mask in which he has written "I can't breathe," the now infamous words of George Floyd as officer Derek Chauvin kneeled on his neck. 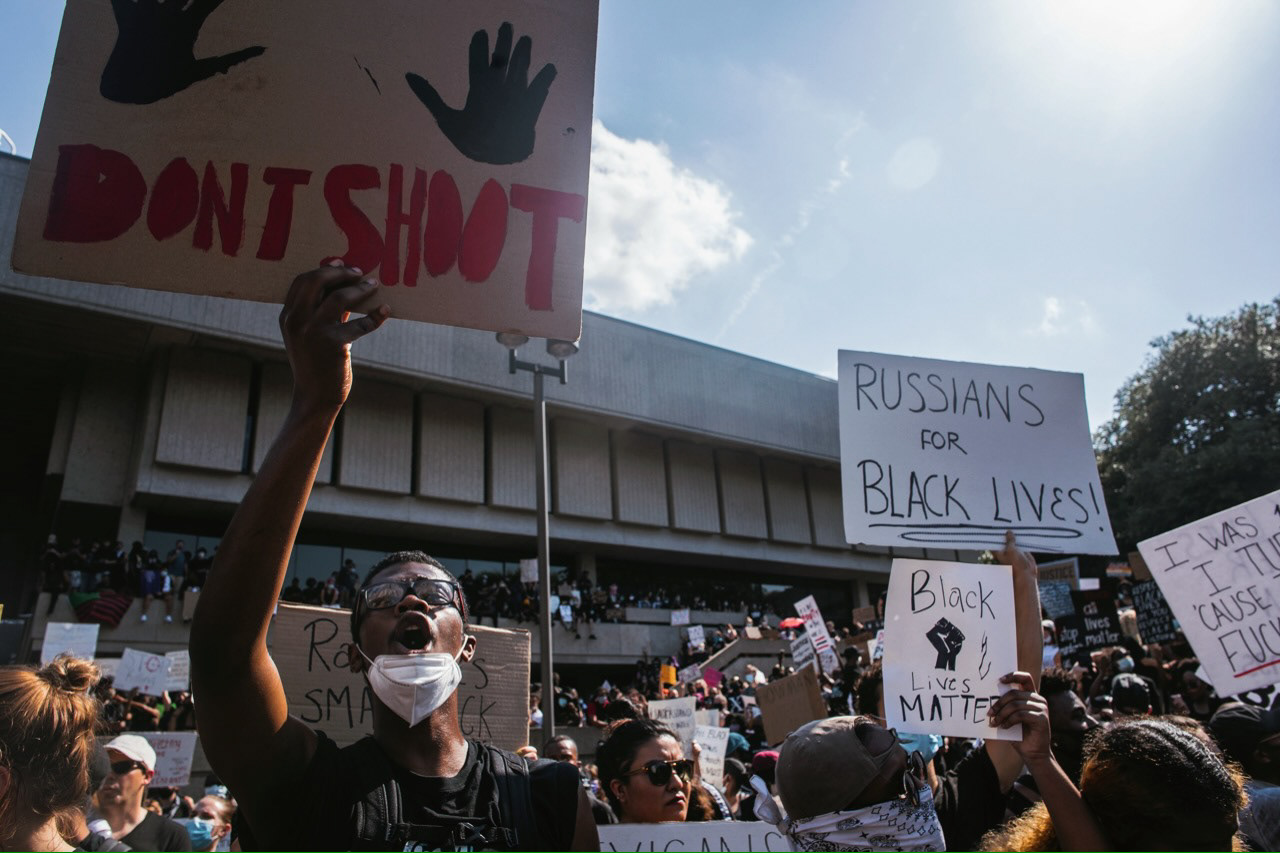 A young man holds his sign up as the crowd roars in response to another protestor shouting from a megaphone. 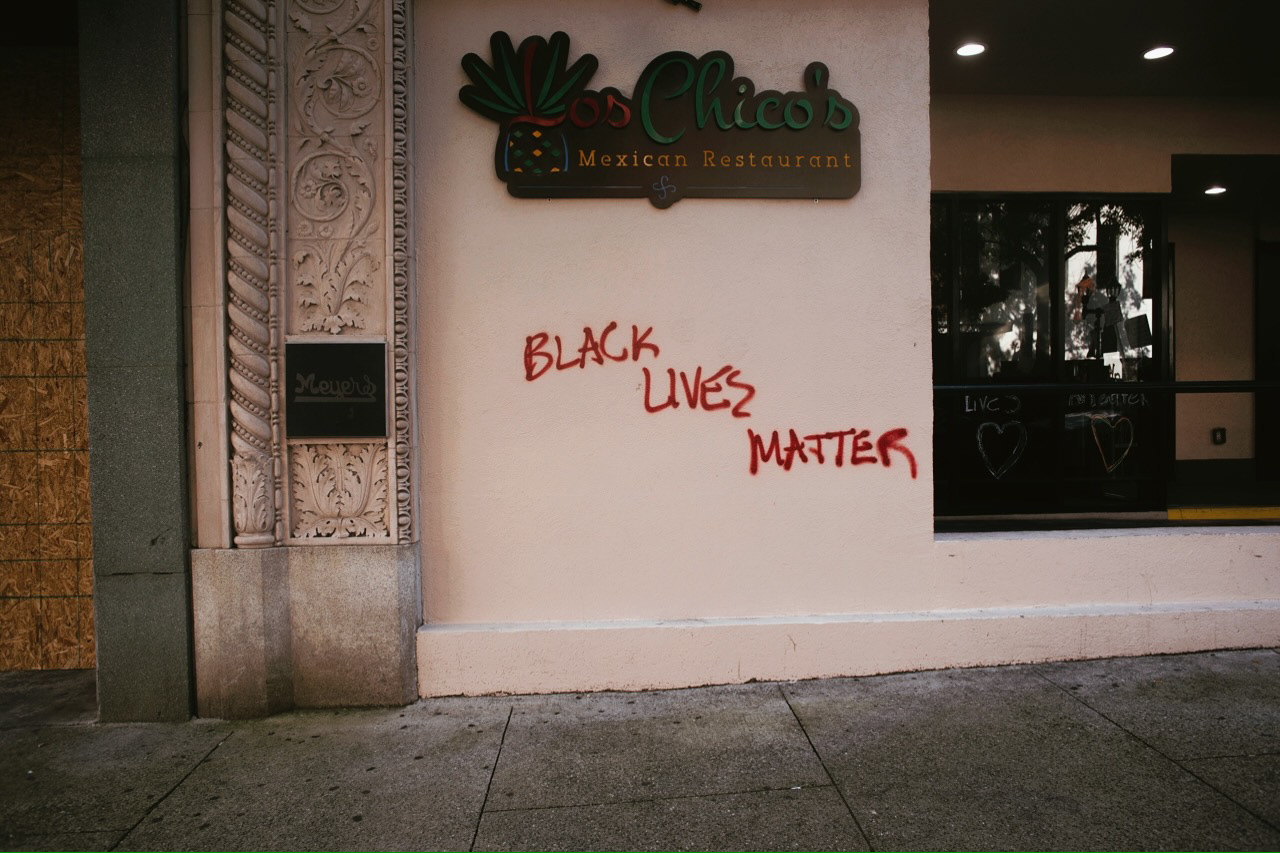 Graffiti on the wall of Los Chicos restaurant in downtown Greensboro. 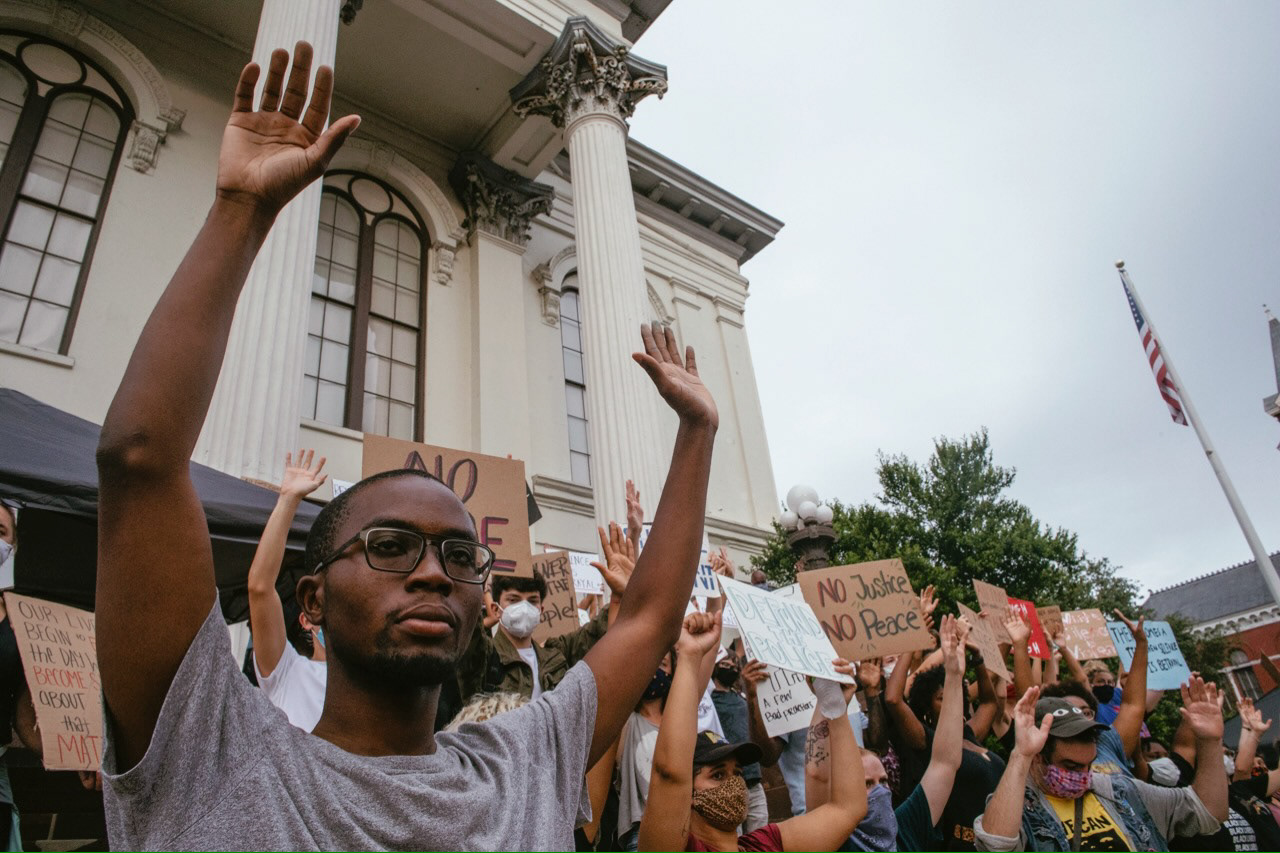 Maurice Wilson, along with the rest of the crowd, holds his hands up to show understanding of the struggles the black community faces. This demonstration, officially called a "block party," took place in front of the courthouse in downtown Wilmington.

Claudia LaCoss, left, and Cabell Bryan pose for a portrait on the courthouse steps. LaCoss made her own sign for the protest. 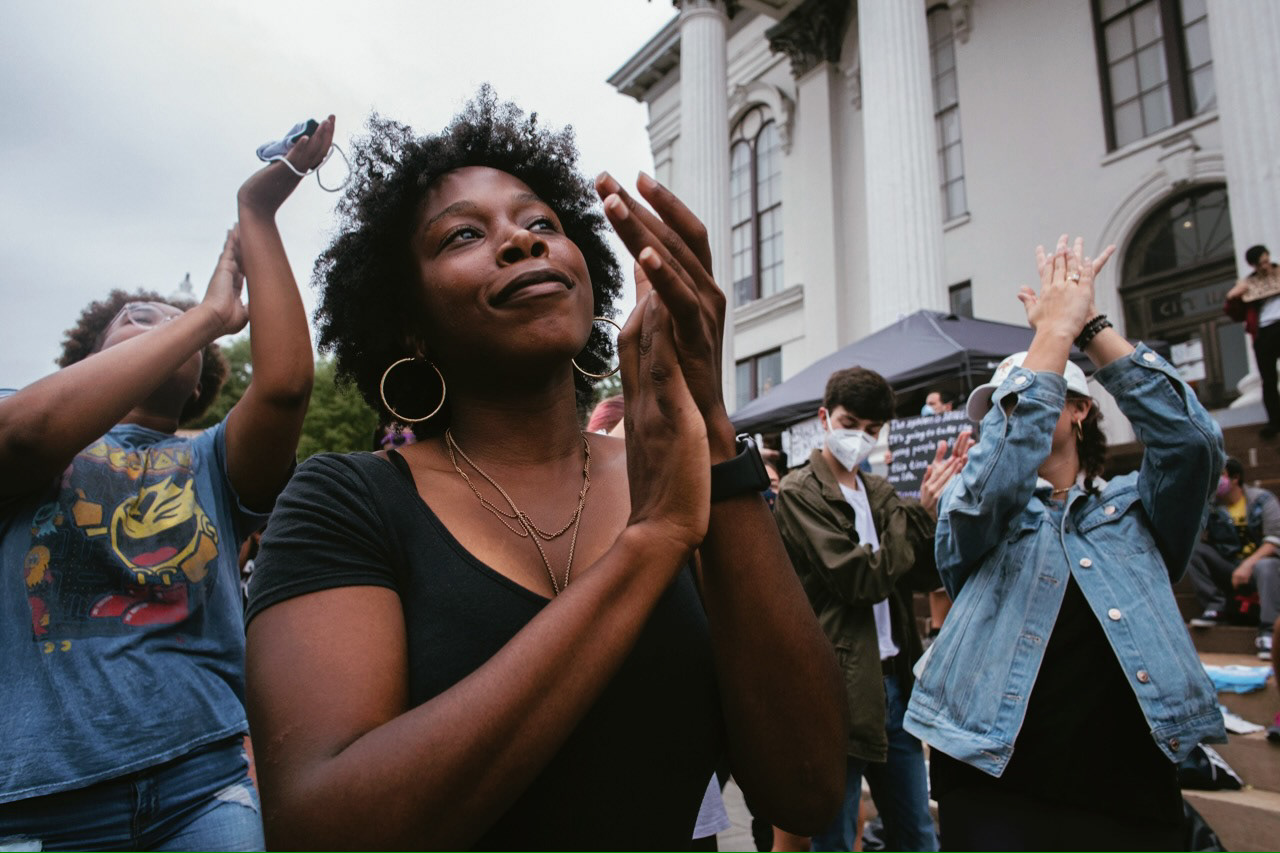 Brayla Coston dances with the crowd in celebration of black lives. 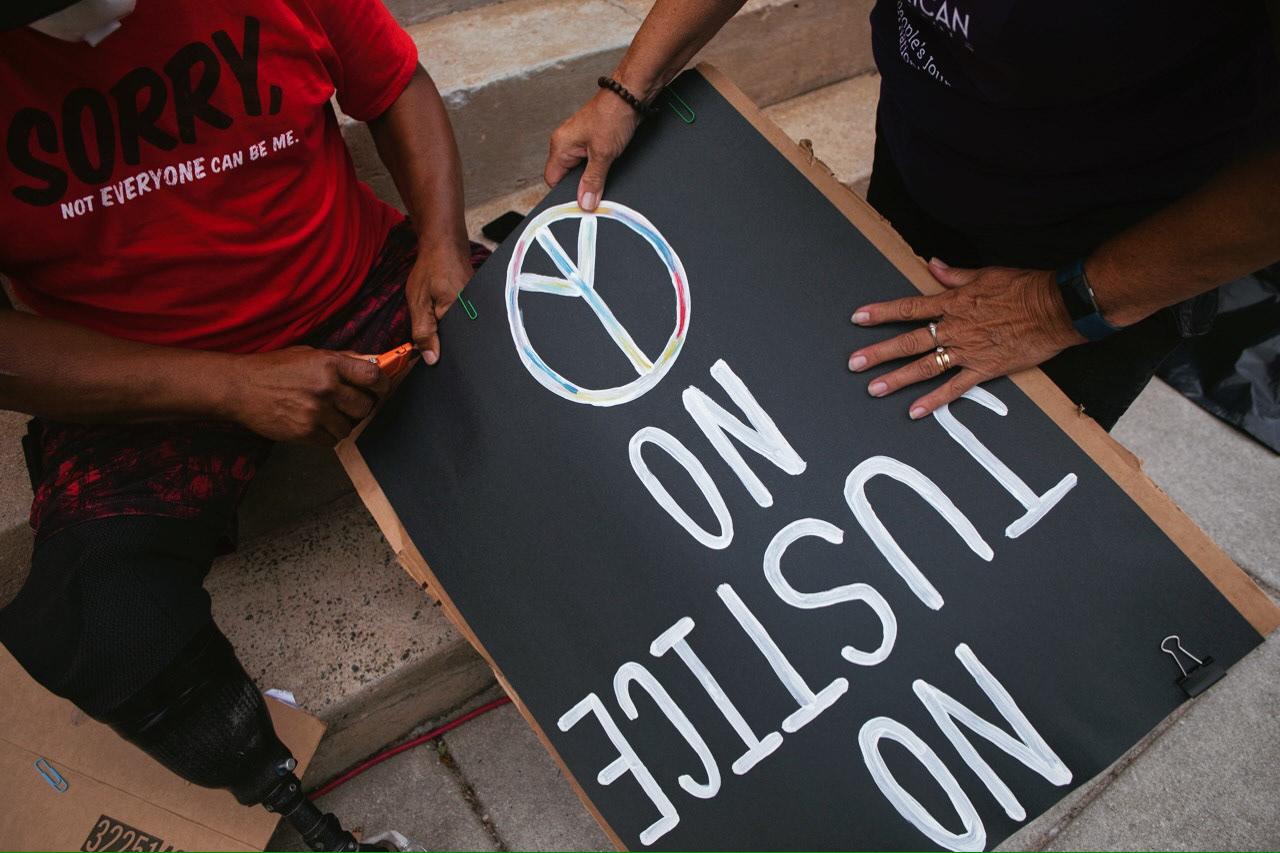 Ariel Rogers shows off her shirt. 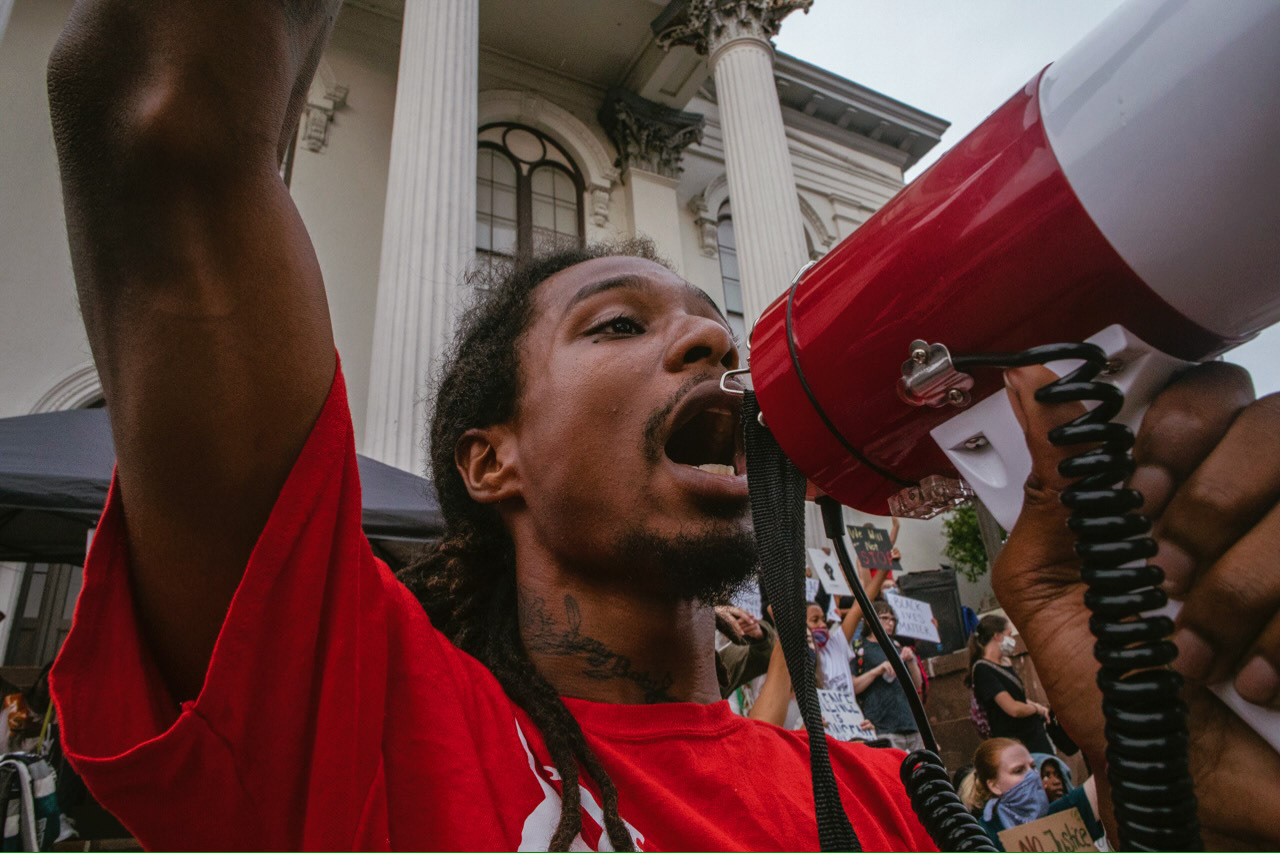 Nell Readon rallies the crowd during the speaking portion of the demonstration. 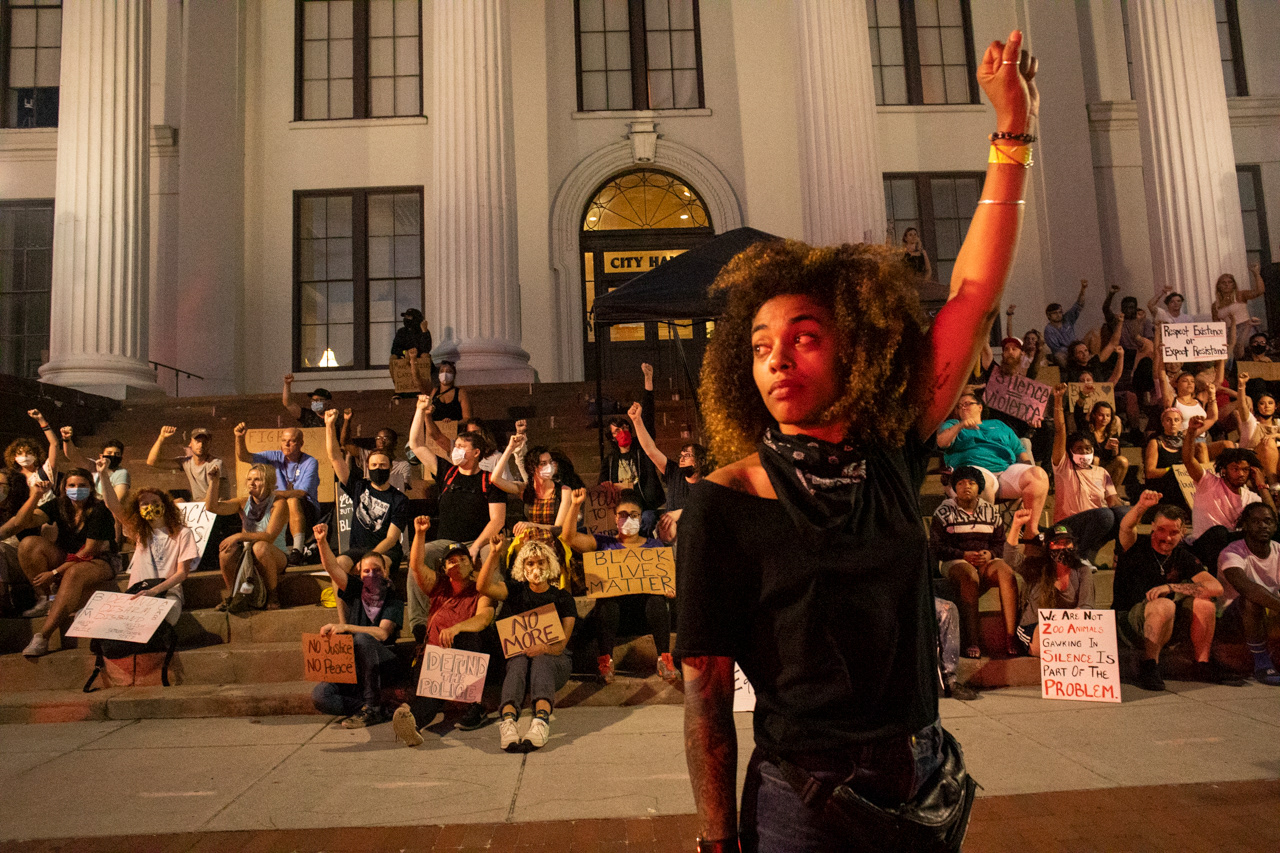 Lily Nicole, one of the event organizers, makes the black power gesture as an ambulance passes by to show respect for Wilmington's healthcare workers. 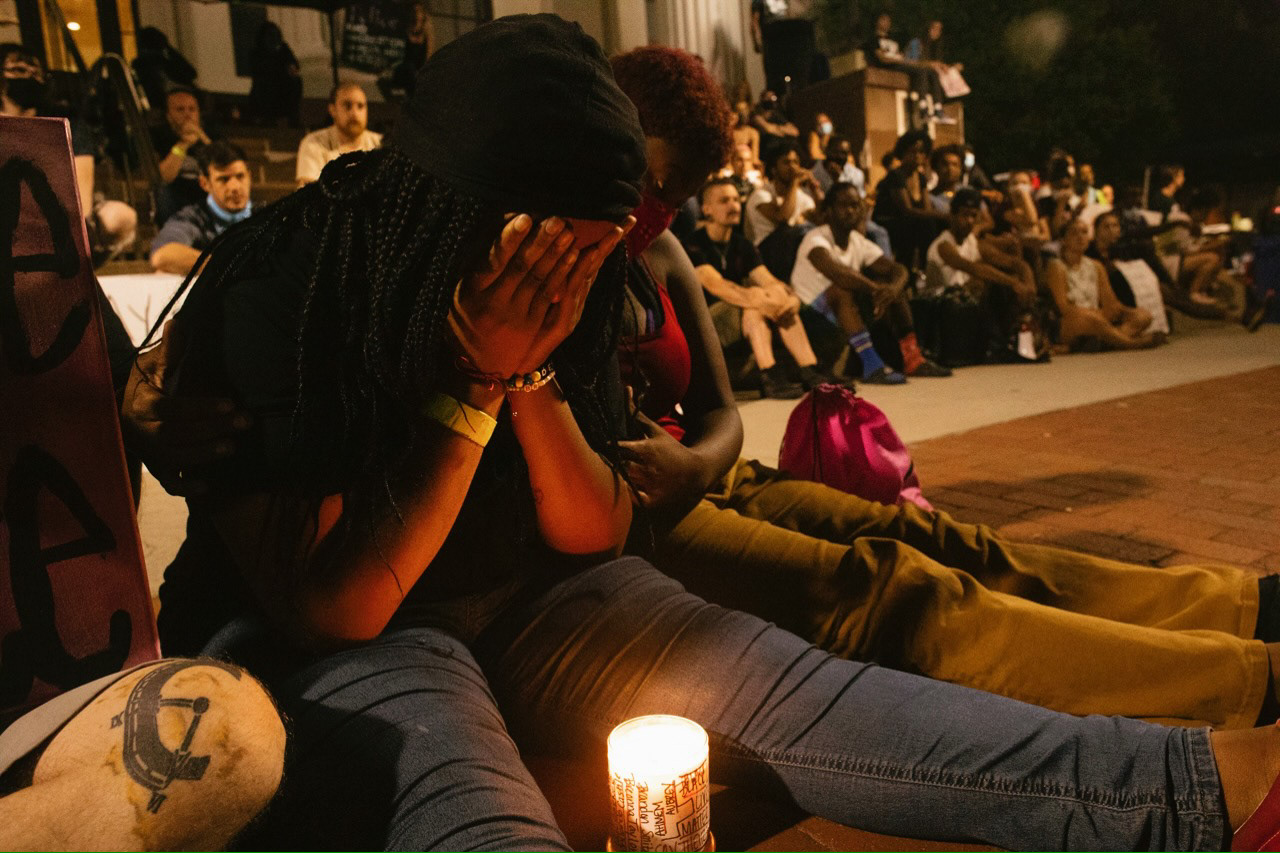 A young woman cries during the 9 minutes of silence honoring George Floyd that wrapped up the evening.